Photos with Coffee … and some talk of artifacting.

I’m old enough that when I was young photos were created by an arcane chemical process that used tiny scrolls of film. Now as much as I would love to say I learnt the ropes using film, I didn’t. Getting film developed was a little too costly at the time, or at least I remember it as such, and photographic experimentation lost out to other interests.

Little did I, or anyone, know there was a cheap off the supermarket shelf (almost) way to develop black and white film for very little money – Caffenol.  The folks at Make Magazine have a video which explains the process:

My version of Caffenol C consists of the cheapest, nastiest instant coffee you can find, I measure roughly, don’t care about water temperature, rinse only once or twice to save water and at times forget the detergent/photoflo

And sometimes the results can be pretty good. The photo at the top of the article was taken with a 1920’s Kodak 1a handheld while in bulb mode. It doesn’t have flash sync so in dark locations you open the shutter, fire the flash seperately and hope that your calculations using the flash brightness chart and the Sunny 16 rule are correct. I thought the image turned out quite well, considering the circumstances, or at least better than expected. 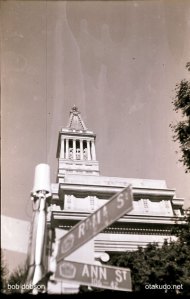 It seems that as soon as any technology becomes a handicraft the nostalgia for its shortcomings seems to grow. Issues such as light leaks and film damage cease being a bug and become a feature of the format. And for those still taking high quality flawless images on film – this must drive them nuts – the mainstream association of their beloved format with every little error generations of artists and technicians have worked so hard to eliminate.

The popularity of apps like Instagram & Hipstamatic is an even more interesting phenomenon if you take into account that a proportion of those using them aren’t really old enough to be nostalgic for the half-assed film look.

And it’s not like the phone cameras we take this pictures on are without their own issues, it’s just that for some reason their shortcomings are less aesthetically pleasing than the shortcomings of the previous technology. I suspect if cameras like Lytro pan out then in 20 years time future hipsters will be obsessed simulating limited focus, CCD smear and the CMOS jello effect. 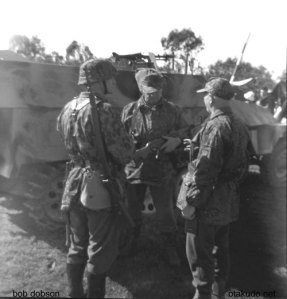 And yet despite all that here I am with old cameras and coffee hoping that the mix of just good enough optics and it’ll do processing will make a beautifully flawed image. Beyond the draw of the aesthetics there is the discipline of limited shots that digital has taken away (even though I wouldn’t like to return to the days of limited shots and a definite cost per frame) . Guesstimation and rules of thumb also need to be learnt. You need to know how the camera works in order to use it. You are its rangefinder, exposure meter and auto focus. It’s getting back to basics.

And once you’ve found the basics it’s making sure you do a poor job of it. Because then they won’t be able to tell you use real film otherwise.

Things of Interest.
View all posts by Otakudo →
This entry was posted in artwanktheory, cameras, photography. Bookmark the permalink.